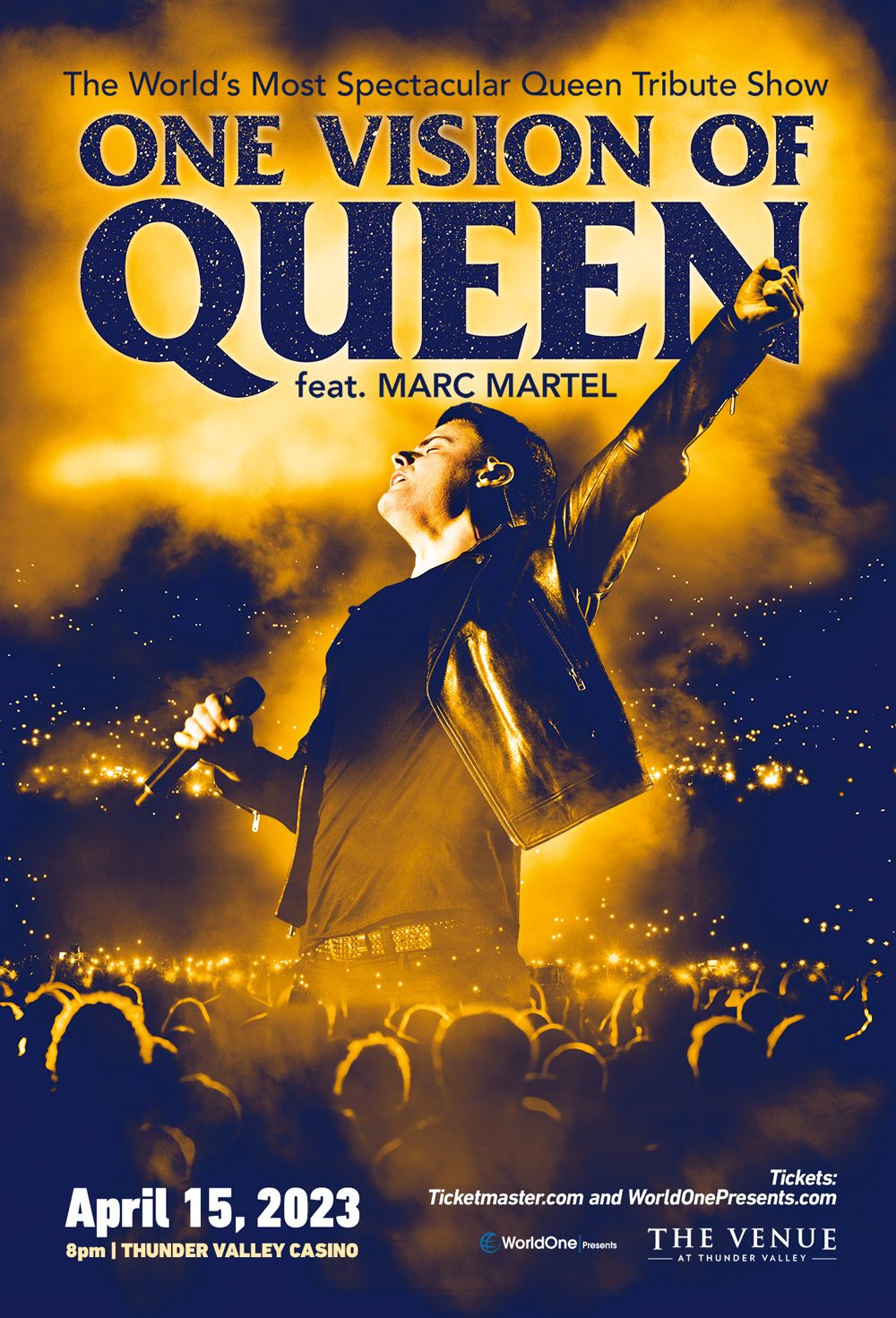 It’s simple. Queen’s Roger Taylor and Brian May handpicked singer Marc Martel to take on the lead vocals for their Queen tribute tour known as the Queen Extravaganza. If that isn’t a personal endorsement for this amazing artist, then we’re not sure what is. His audition video of “Somebody to Love” garnered 13 million views on YouTube. Marc not only sounds precisely like Freddie Mercury, but he also embodies the heart and soul Freddie poured into every song that he performed.

Marc’s vocals were so indistinguishable from Freddy Mercury’s that when it came time to re-record live versions of all the songs used in the Oscar-winning film, “Bohemian Rhapsody”, it was Marc Martel’s door the producers came knocking on. Rami Malek did a superb job on the acting side of that film but at the end of the day the movie would have been nothing with THE MUSIC and Martel was the voice that brought that great movie experience to life.

One Vision of Queen is the ULTIMATE Queen Celebration and an evening of musical performances you will be talking about long after the lights go down. It’s dozens of songs that Queen made famous including “Radio Gaga,” “Tie Your Mother Down,” “Fat Bottomed Girls,” “Killer Queen,” “Somebody to Love,” “Bohemian Rhapsody” and so many more!!!